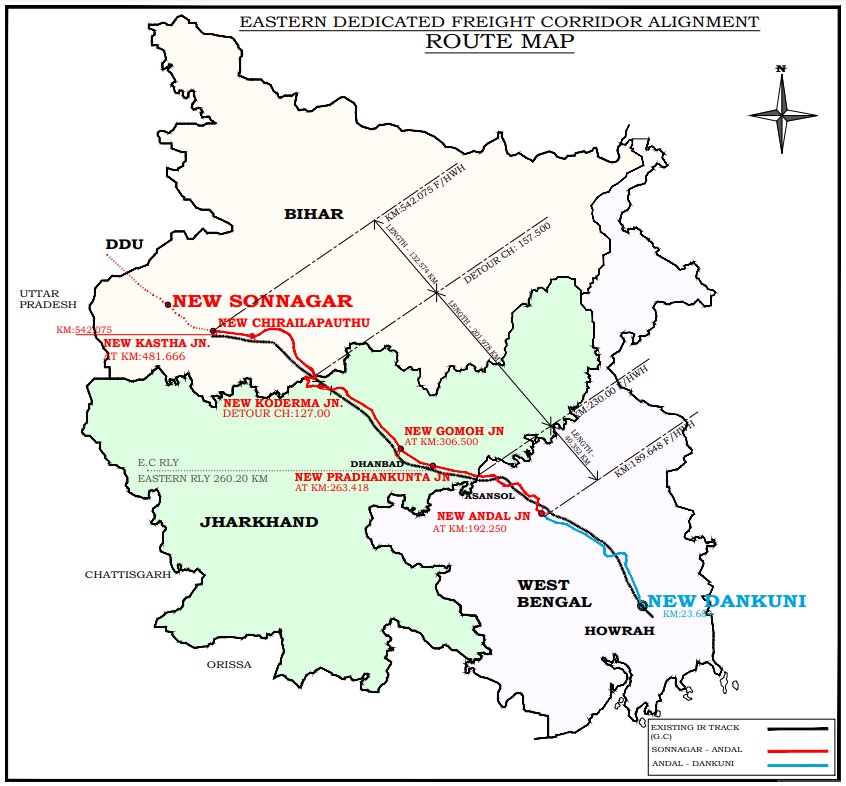 - Provide land to the Concessionaire
- Provide Grant (pre-determined amount in 10 instalments) during Construction Period and Availability Payment during O&M period to the Concessionaire.
- Procure Forest and Environmental Clearances
- Deployment of security forces on the project assets during Construction and O&M period at its own cost.
- Perform Reserved Services like Traction Power, Rolling Stock and Crew.
- Undertake or cause to undertake IR/ Authority/ other Government entities construction of ROBs & RUBs in lieu of LC.

Role of Private Player
- Design, develop, finance, operate & maintain and transfer the project.
- The complete station operation including S&T operation for the seven stations under Sonnagar- Gomoh section. The Concessionaire’s controller shall operate from the OCC             Prayagraj for section control in coordination with IR/DFCCIL.
Concession Agreement
- Concession agreement will be entered between DFCCIL (Authority) , private player (Concessionaire) and MoR (confirming party), an SPV will be formed by the Concessionaire for implementation of the Project.
- Concessionaire will construct the project in 5 years and Operate & Maintain the project for 30 years post Commercial Operation Date.

The following three future corridors have been proposed:- 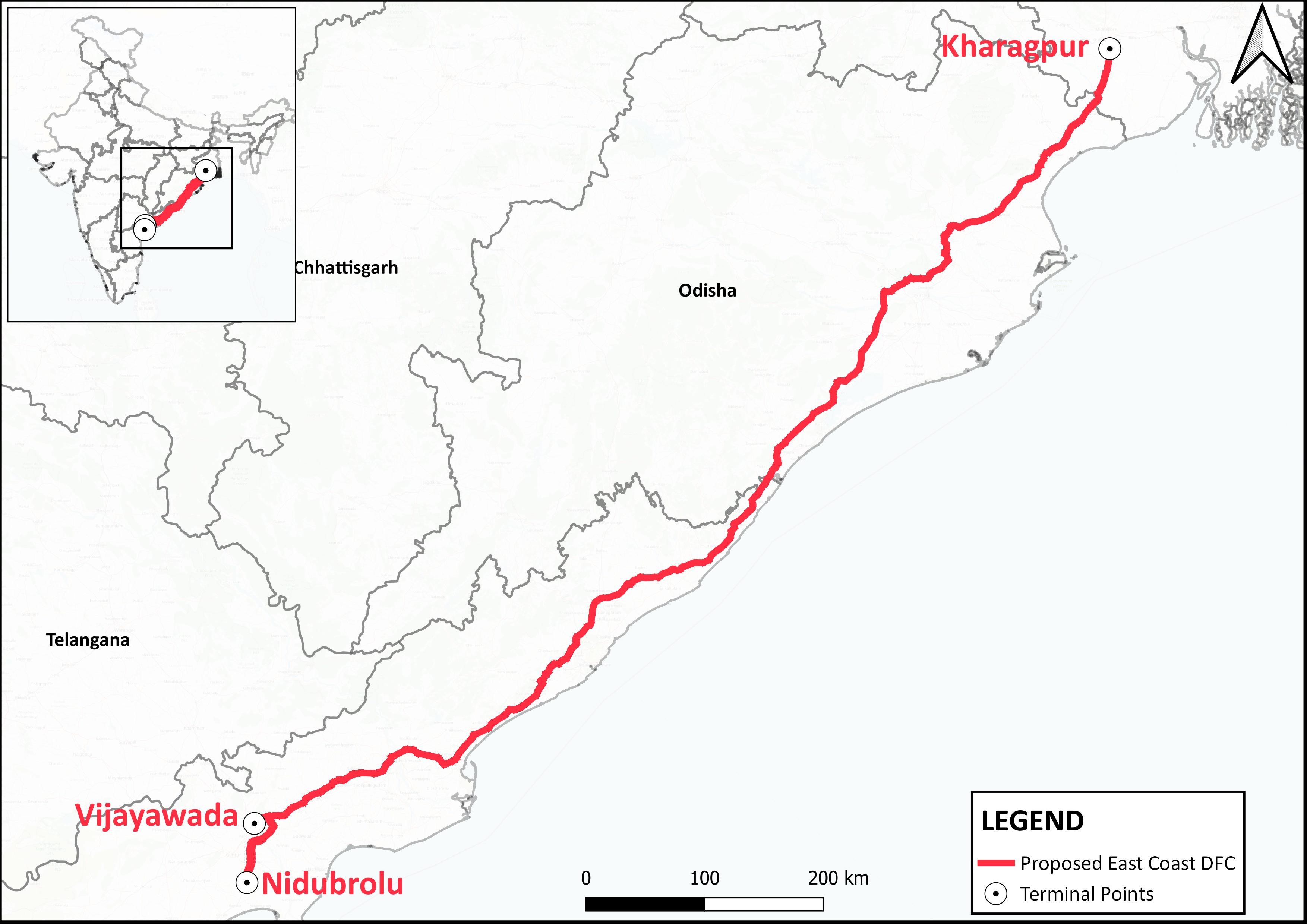 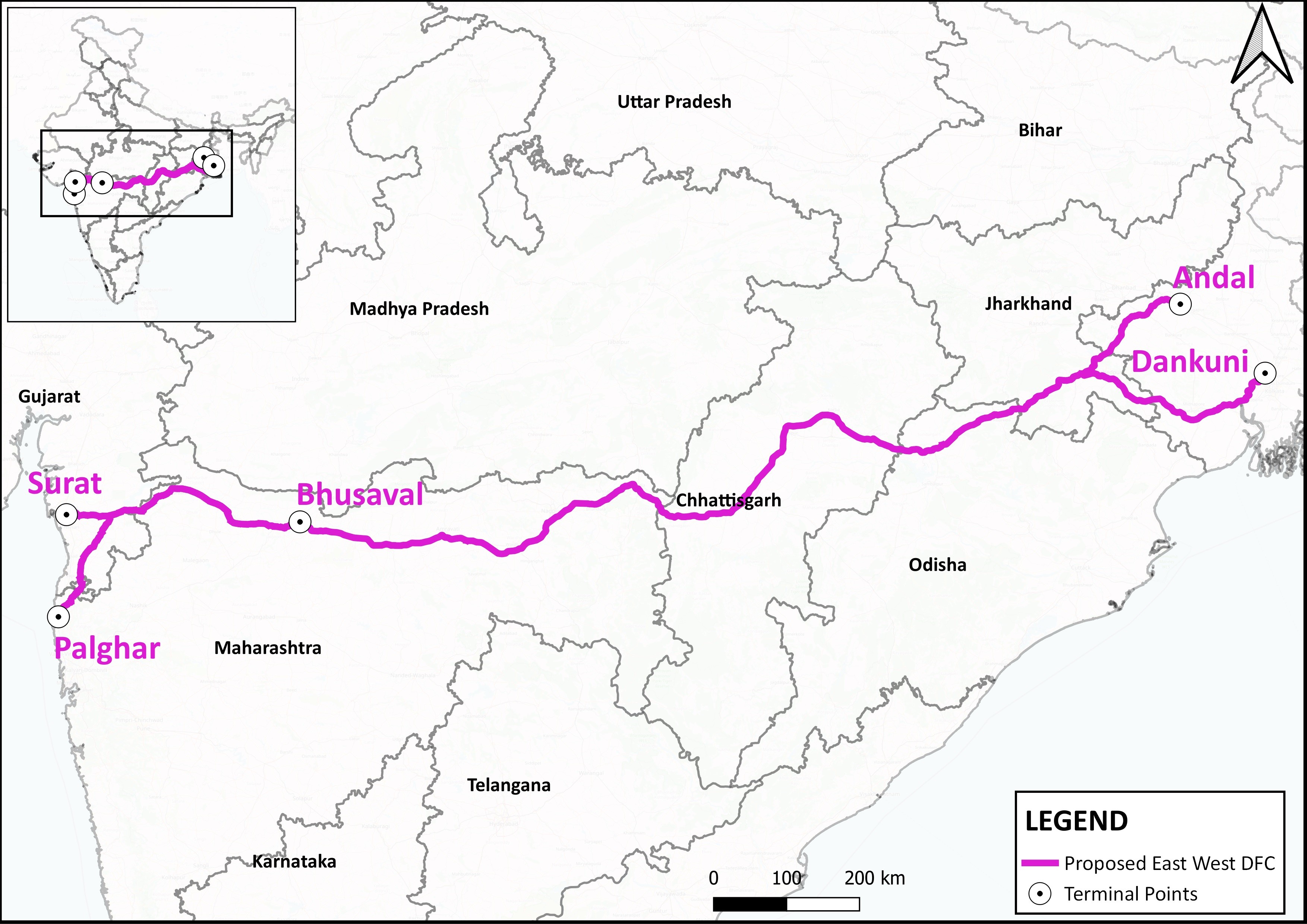 The proposed East-West DFC (EWDFC) from Bhusaval to Dankuni including spur line from Rajkharswan to Andal passes through five states namely West Bangal, Jharkhand, Odisha, Chhattisgarh, and Maharashtra.  The length of the mainline is 1551 RKM and the length of the spur line is 187 RKM (Total: 1738 RKM). This corridor has further been extended from Bhusaval to Palghar. The DPR for this corridor is planned to be completed by Mar’23. 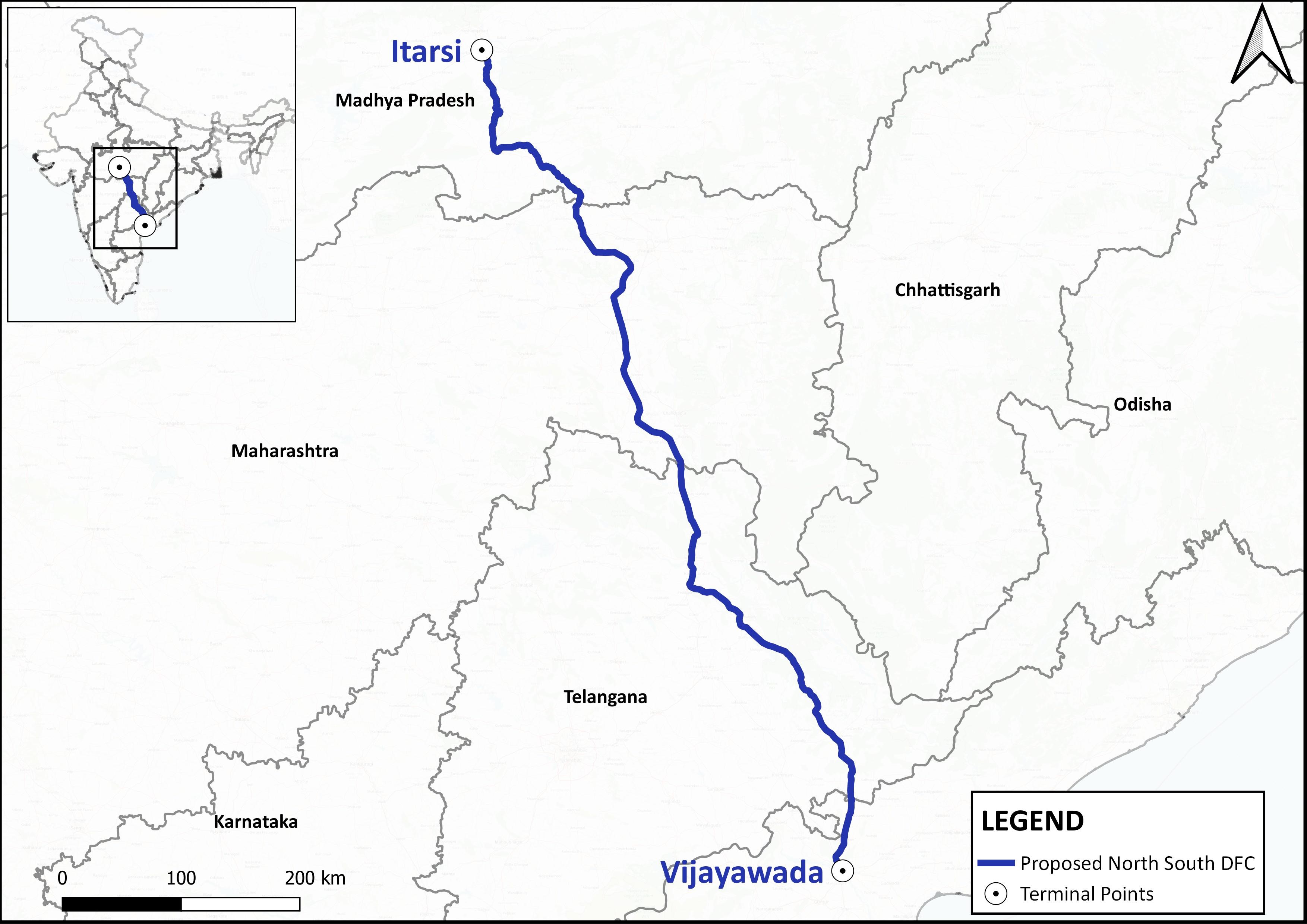 The proposed North-South DFC (NSDFC) from Itarsi-Nagpur-Vijayawada passes through four states namely Madhya Pradesh, Maharashtra, Telangana, and Andhra Pradesh.  The length of this route is 890 RKM.  Railway Board has further extended this corridor from Vijayawada to Nidubrolu. The DPR for this corridor is targeted for completion by Feb’23.
These areas surrounding the route are endowed with natural resources such as coal and other minerals, steel plants in adjoining areas, Industrial hubs like Cement Plants, Thermal Power Stations, Logistic Parks which generate heavy freight along the North-South Sub corridor route.